Bios of the speakers

On March 23, 2021, the Open Society Foundation for Albania organized a webinar on the French role in the EU integration process of the Western Balkans, where distinguished panelists shared their views and knowledge on this important topic.

A seemingly endless path towards Union membership has become even more dubious in recent years, especially after October 2019 when some EU member states blocked the opening of the EU accession negotiations with North Macedonia and Albania. The voice of the official Paris was among the strongest in blocking the two countries from moving forward with their membership bids, and President Macron has unequivocally rejected the idea of the EU enlargement in the foreseeable future. With France due to hold the presidency of the European Council in the first half of 2022, and with both the Presidential and Parliamentary elections scheduled for next year, the upcoming months may be the pivotal moment to revisit and reconstruct the French role in the EU integration process of the Western Balkans.

Opening the panel, Mr. Andi Dobrushi, Executive Director of OSFA, highlighted that public opinion in the region continues to be overwhelmingly in favor of EU membership – with an average approval of 82.5%. Approval rates are as high as 95% in Kosovo and 90% in Albania. Even in the most skeptic in the region, Serbia, approval ranges to 60%-65%. However, dissatisfaction with the pace of the process is growing, and the long protraction is starting to generate fatigue in the region as well with 21% of the population (region-wide) believing that their countries will never join the EU. Furthermore, the disruptions caused by the COVID-19 pandemic at the global level, combined with domestic socio-economic and politic realities, have given room to a year-long competition of key global actors for power and influence in the region. These dynamics risk pushing the Western Balkans into instability. In this context, the anchoring and stabilizing influence of the EU becomes crucial.

Addressing the new methodology for enlargement, Her Excellency Ms. Elisabeth Barsacq, Ambassador of France to Albania, stated that its purpose was not to block enlargement, but rather to reflect on the vision of EU in the future. She finds that the new methodology is well accepted and well understood by Albanian politicians and institutions. At the same time, there is a strong will to support Albania in its membership process. The Ambassador also elaborated on some of the potential reasons for enlargement skepticism and fatigue among French citizens, listing their perception of the Western Balkans as a conflict area, lack of information on the culture and geography of the region, and lack of a public pledge from the Western Balkans countries explaining why they would like to join the EU. Finally, the Ambassador sympathized with the fatigue experienced by people in the Western Balkans in the lengthy and complex accession process. Overcoming the challenges of its implementation will require confidence in the country’s strengths to successfully complete the process.

Following, Mr. Srdjan Cvijic, Senior Policy Analyst with the Open Society European Policy Institute, presented the findings of study “It’s the EU, Not Western Balkan Enlargement…French public opinion on the EU membership of the Western Balkans”. Contextualizing what motivated the study, he pointed out that France’s opposition to opening accession talks with Albania and North Macedonia in 2019 seemingly stemmed from the fear of some officials that supporting enlargement would hurt their chances in the European elections, which suggested that the question of Western Balkans enlargement had become more politicized. This lead a team of researchers to investigating attitudes of French citizens on the issue – going beyond generalized surveys asking whether the respondent is in favor or against enlargement. The study found that, overall, the issue has low salience for the French public opinion. Highlights from findings of the study:

These findings indicate that supporting – or simply not blocking – enlargement would not penalize French political actors. On the contrary, it would serve them to strengthen their prestige vis-à-vis other member states that are positive of enlargement.

Building on these findings, Mr. Yves Bertoncini, EU Affairs Expert and Professor of European issues, believed that France’s reticence towards enlargement has to do with its vision of the EU and its EU skepticism, as well as its internal politics. France’s fatigue with enlargement matches its frustration with the EU deepening. He reasoned that enlargement and deepening are two sides of the same coin: furthering the deepening would make the supposed contradictions with enlargement less acute. In fact, institutional deepening would be necessary for the EU to work properly with more than 30 members. Beyond EU skepticism, Mr. Bertoncini argued that France is also experiencing Franco-skepticism, perceiving itself in decline and unable to welcome 6 more countries into the EU. To dispel skepticism, the Western Balkans too need to work not only on the diplomatic and technocratic aspects of accession talks, but also in delivering real impact from the membership-related reforms and improving the image of the individual countries. Finally, Mr. Bertoncini cautioned on the implications of the increasing influence of right-wing parties in hindering future enlargement efforts and France’s constitutional obligation to hold a referendum for new accessions, except if 2/3 support from each member state is secured. This makes it imperative to change the debate on enlargement by framing Western Balkan accession in terms of a consolidation of a more sovereign Europe, rather than an accession, thus shaping French public opinion to the region’s favor.

Ms. Natasha Wunsch, Assistant Professor of Political Science/European Integration at Sciences Po, echoed Mr. Bertoncini’s argument on France’s concern with the trade-off between widening vs. deepening the EU, and its preference of the latter. This has translated into an emphasis on ‘controlled enlargement’ that requires a rigorous evaluation of candidate countries’ preparedness for membership. The Western Balkans have borne the brunt of this heightened emphasis on conditionality and compliance. This is particularly true with the new enlargement methodology that foresees the reversibility of negotiations should candidate countries fall back on their reform commitments. However, the negative French public opinion on enlargement has less to do with opposition and more with indifference. While findings of the study showed that French respondents expect a relatively low impact of an eventual Western Balkans accession on their daily lives, there is also a general understanding that their accession would not bring many tangible benefits either. This is directly related to the low political and economic relevance of the Balkans for France. Looking into the near future, Ms. Wunsch believes that Western Balkans accession won’t play any significant role in the upcoming elections, nor does she expect to see strong mobilization around it. As such, her advice to enlargement advocates is to not over-engage because increasing the salience of the enlargement issue in France might result in a backlash. Rather, it would be preferable for enlargement issues to remain below the radar, at least until reform progress in the Western Balkans can allow advocates to make a more compelling case for their accession some years from now.

For more information on the event, you can access the invitation and agenda here, the bios of the speakers, and the presentation of Mr. Srdjan Cvijic here. The Executive Summary of the study and the findings of the full study can be accessed in English, French and Albanian languages. For more information, you can contact info@osfa.al. 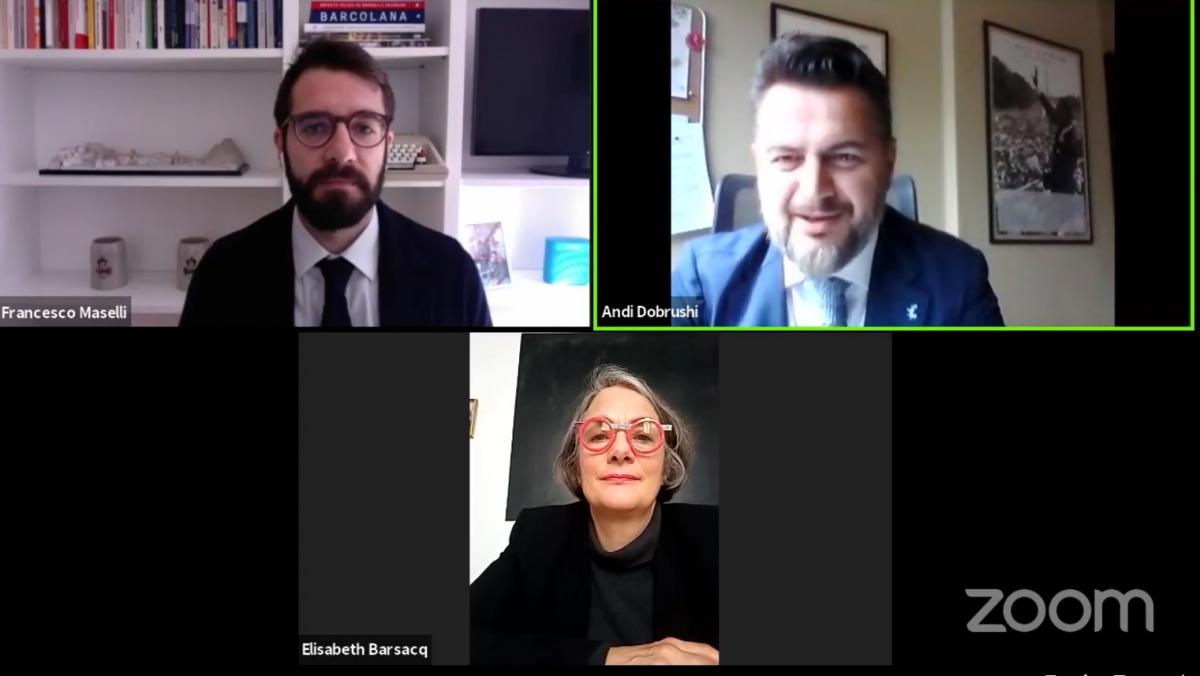 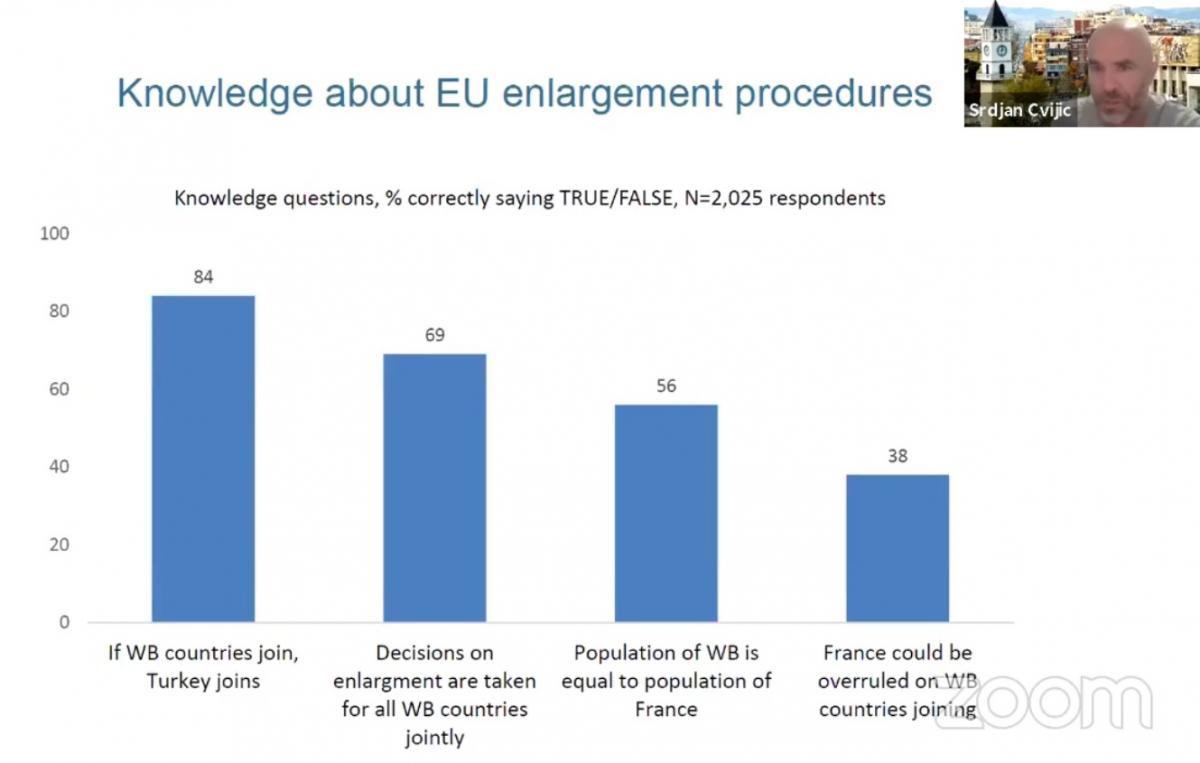 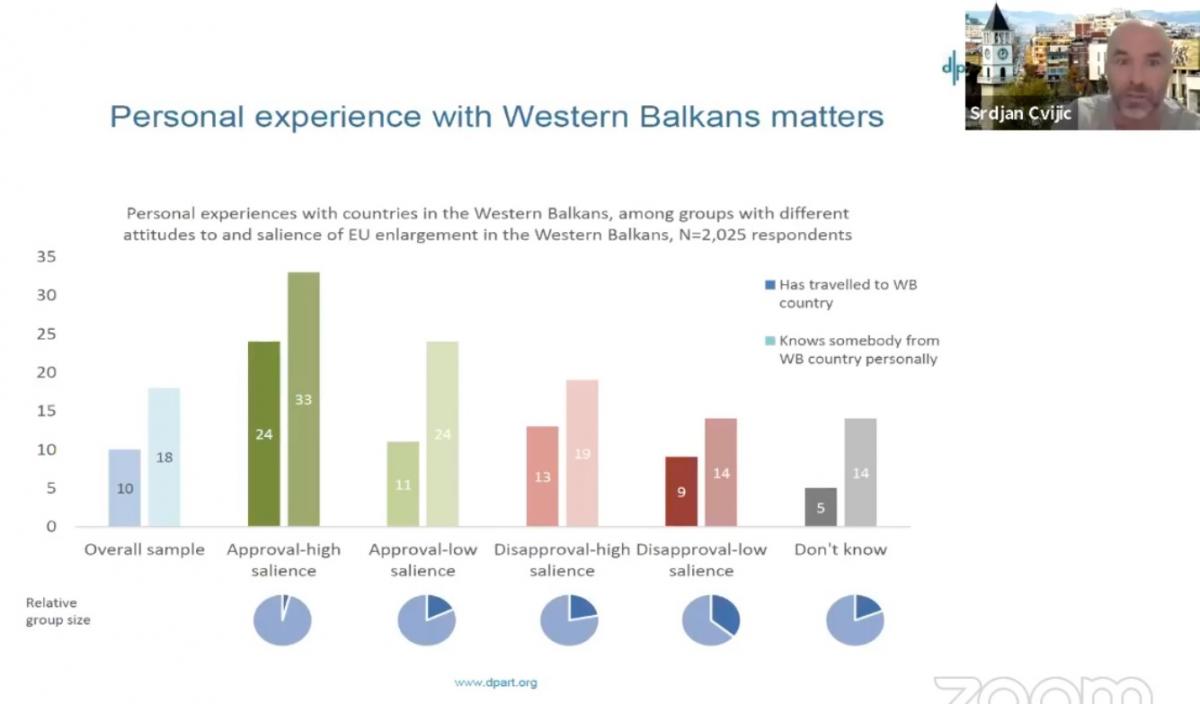